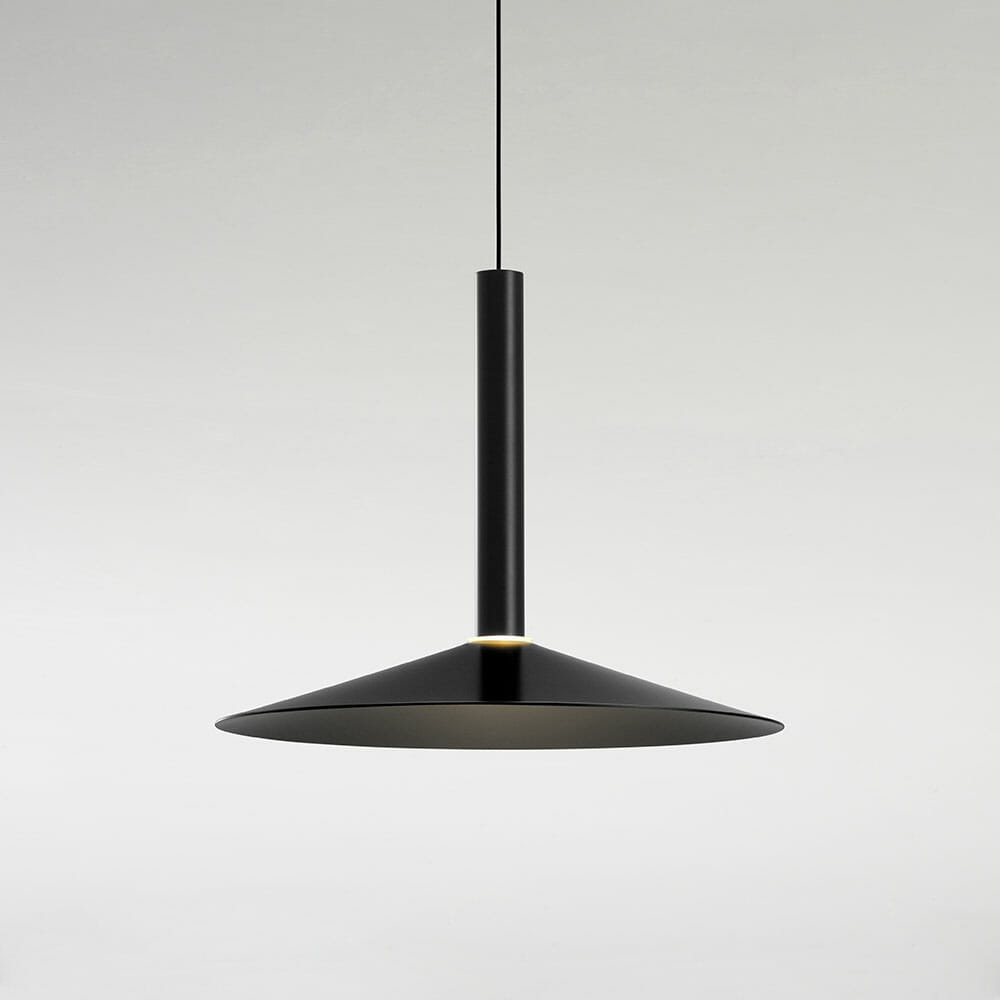 An almost imperceptible lens covers the LED and distributes the light. If only the cylindrical lamp is used, the downward-directed light is impeccable, and when a shade is added, the light escapes, illuminating the lamp itself.

Jaume Ramírez was born in Olot in 1973. He moved to Girona to study design at the Universitat Politécnica de Girona, and later to the Basque Country, where he set up his first studio, Zoocreative, with Gorka Ibargoyen and Josema Carrillo. In 2019 he quit smoking and created his own studio in Barcelona, where he is currently working.

His first design, the Delica tray collection, earned him the Delta de Oro, Red Dot Design and Design Plus awards. He has worked for brands such as Escofet, Parklex, Normann Copenhagen, Arcos and Mobles 114.

At the same time, as the result of an unexpected job, he started networking in France, taking part in several editions of the Saint-Étienne Biennial, the Designer’s Days in Paris and exhibiting in, among other places, the Musée d’Art Moderne de la Ville de Paris, the Cité de la Mode et du Design, and even in Merci, the renowned Parisian store.

Be the first to review “Milana 32 Pendant Lamp” Cancel reply