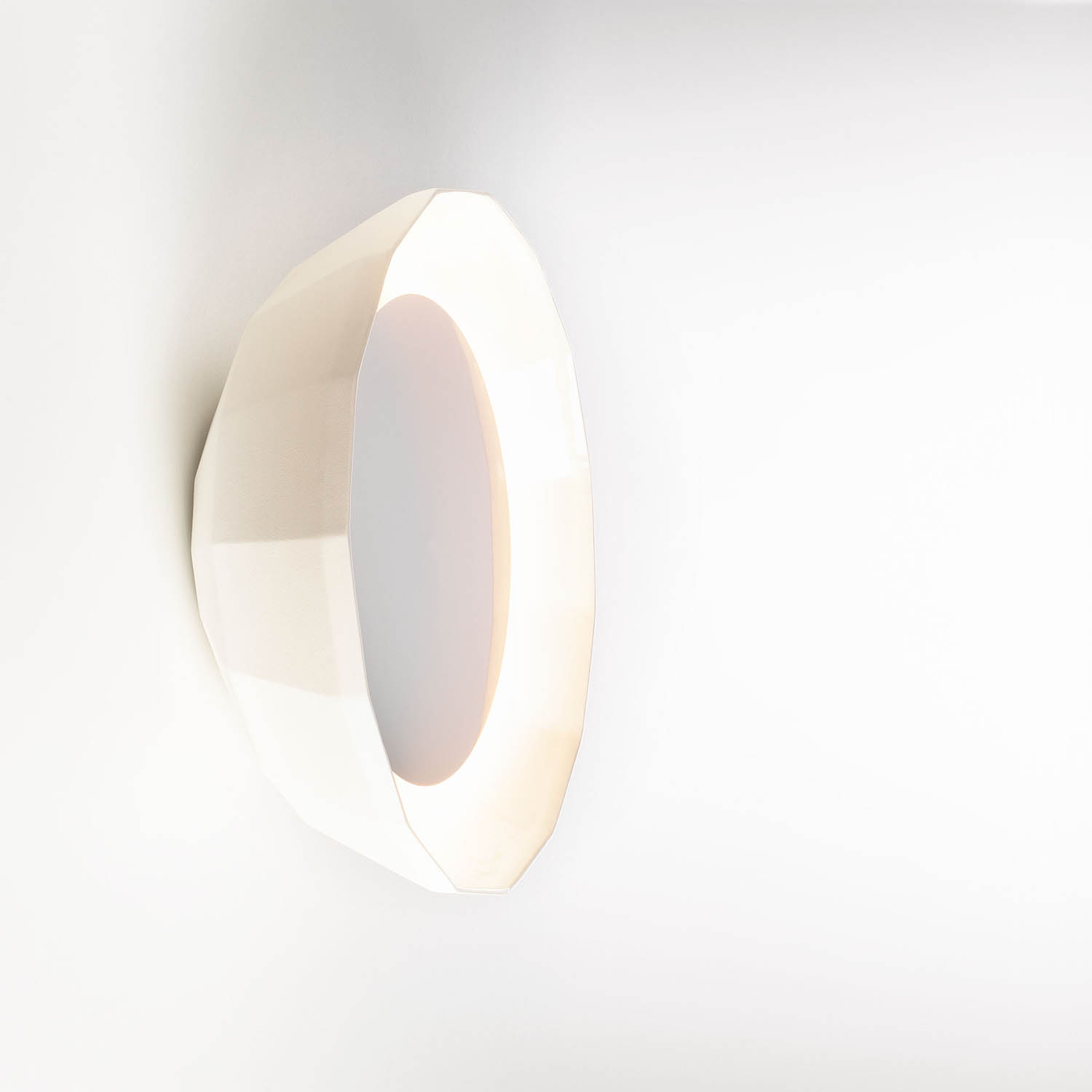 The warmth of the fixture’s ceramics contrasts with the faceted edges of the sphere, making it seem as if it is winking playfully. Made using a meticulous, traditional design process, the lamps are fired four times —using glazes specifically developed for this collection— and incorporate warm, high-quality materials.