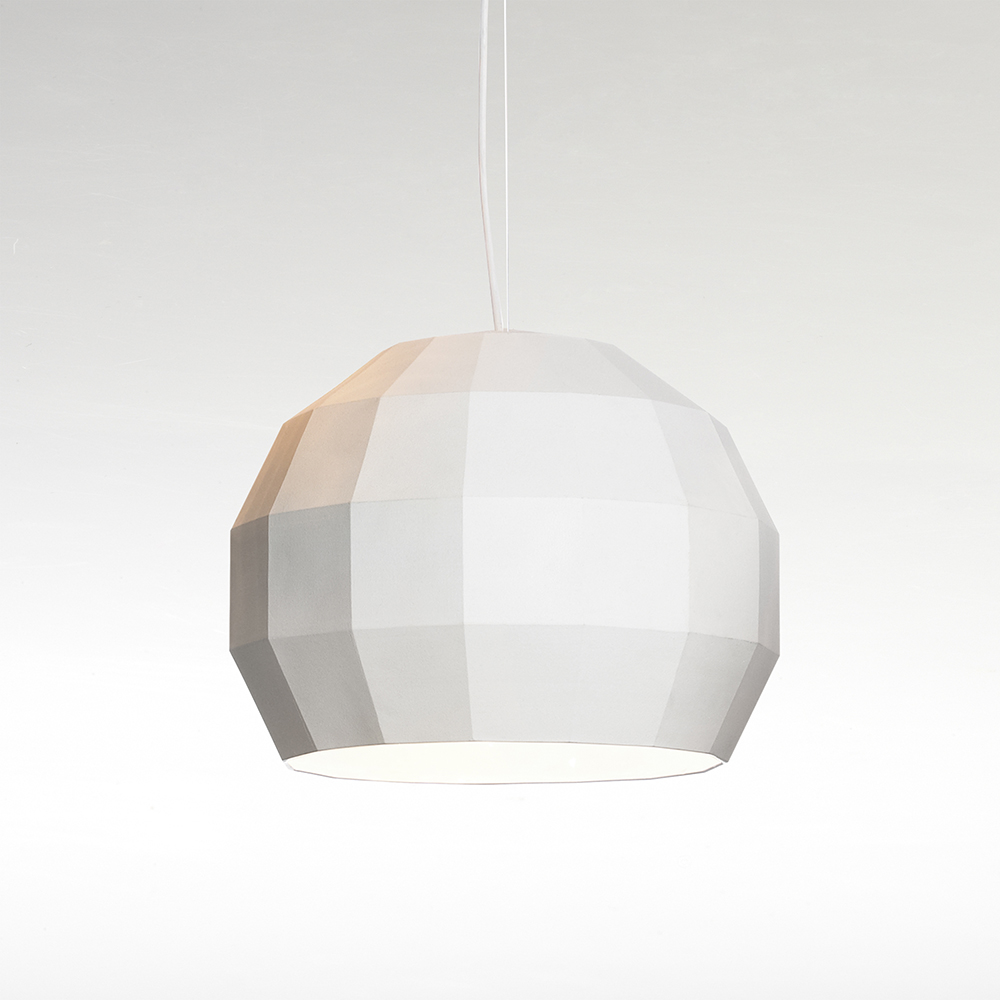 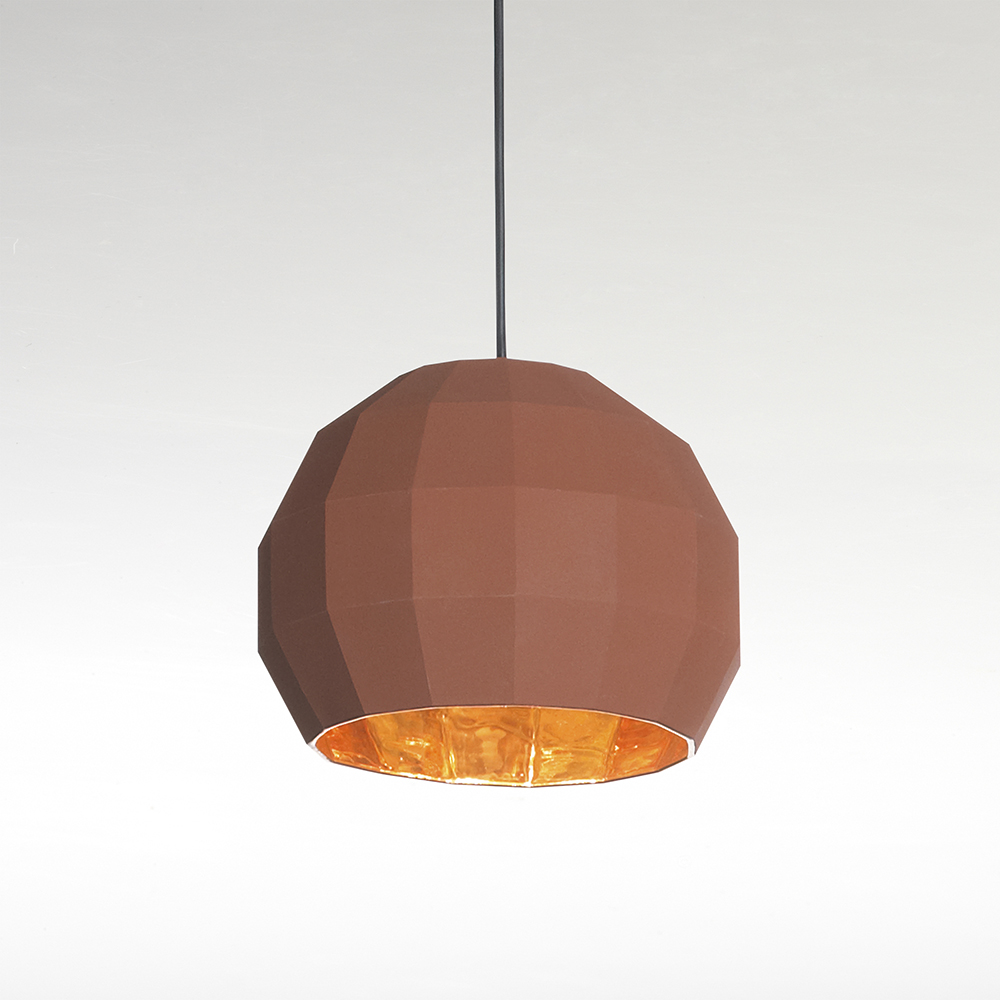 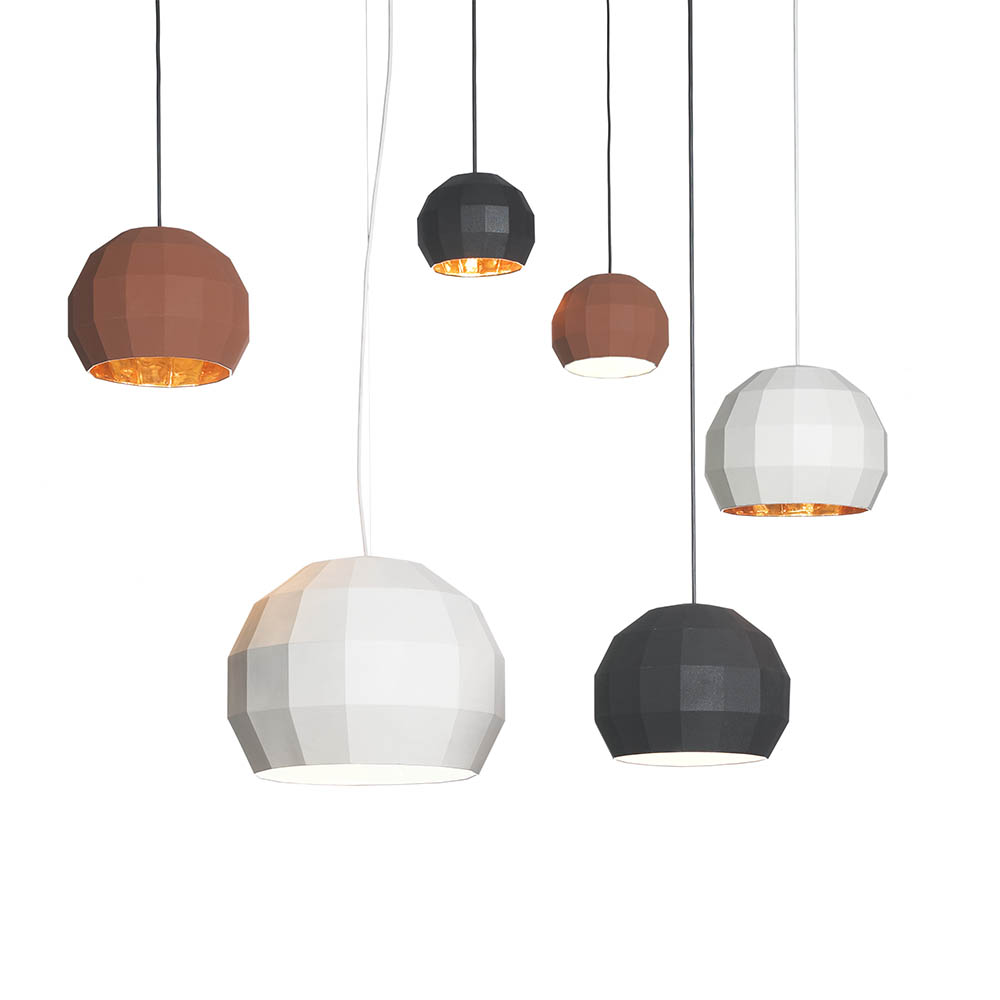 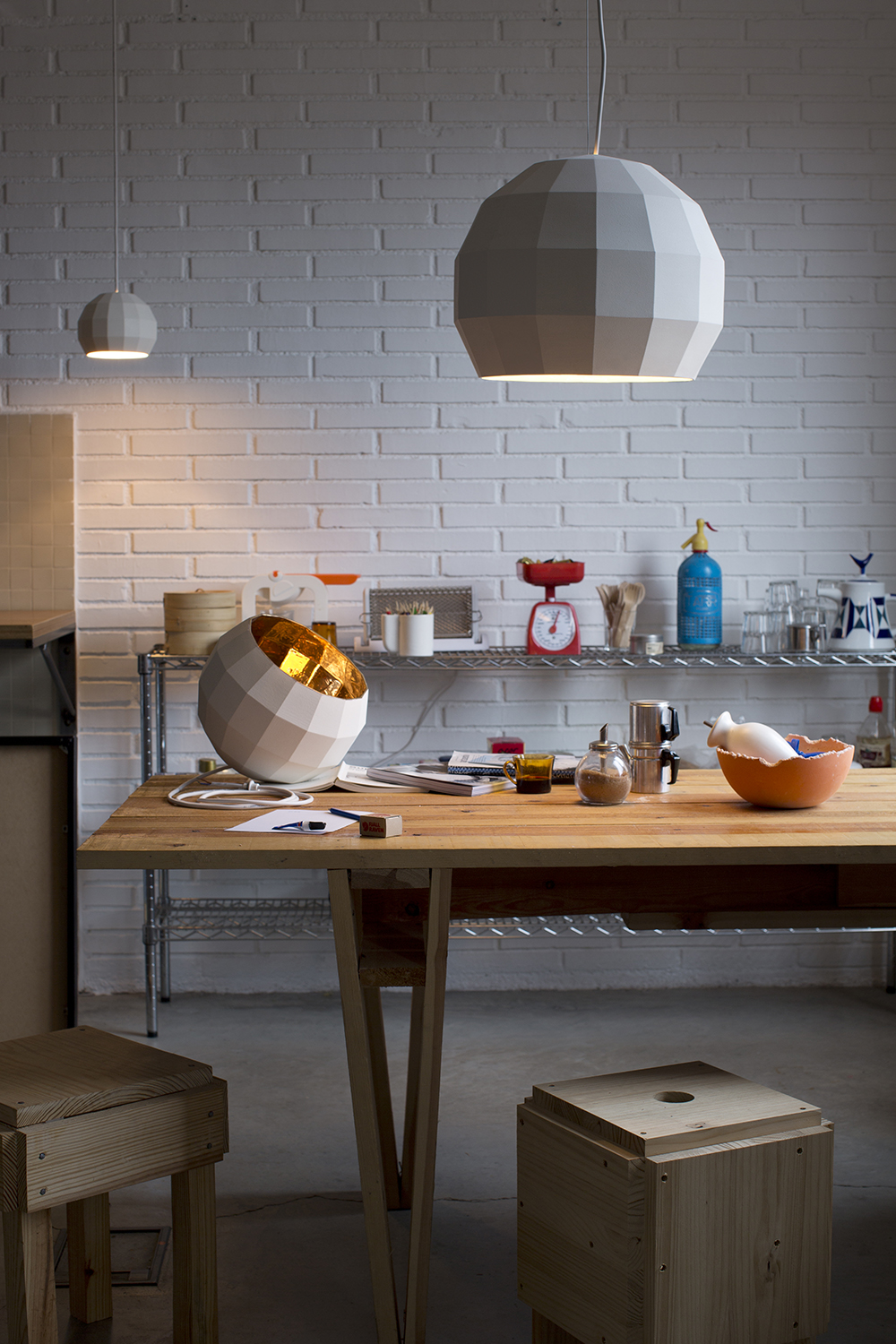 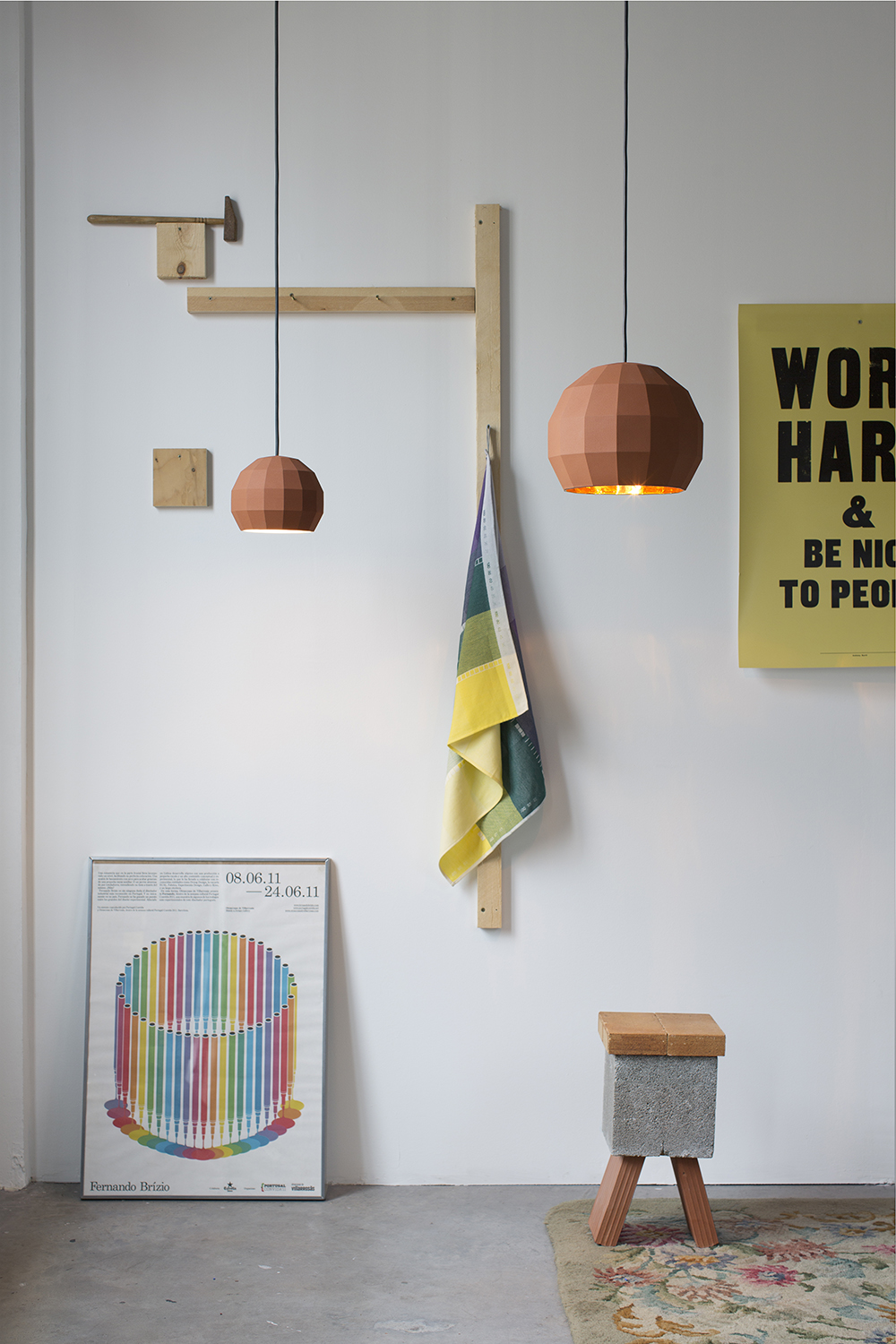 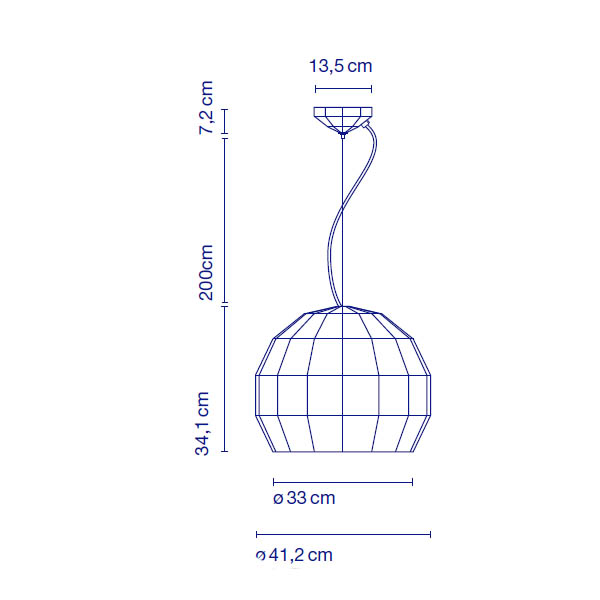 The warmth of the fixture’s ceramics contrasts with the faceted edges of the sphere, making it seem as if it is winking playfully.

Made using a meticulous, traditional design process, the lamps are fired four times —using glazes specifically developed for this collection— and incorporate warm, high-quality materials, such as gold.

Available in white, terracotta, or black ceramic, with brilliant white or gold enamel interiors, the pendant collection’s three sizes —17, 26 and 41 cm— allow one to create sculptures in the air. The collection is completed with a ceiling model and two wall models, these last incorporating a lacquered metal reflector inside the canopy that transmits multiple reflections and makes this fixture ideal as a decorative element. 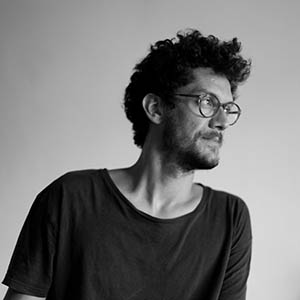 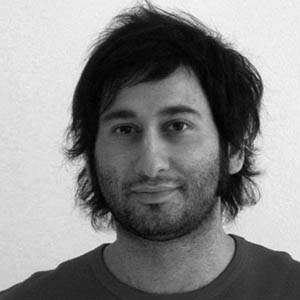 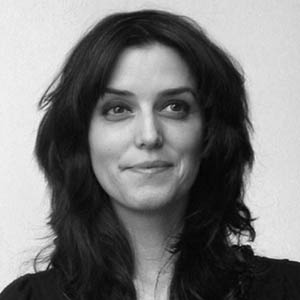