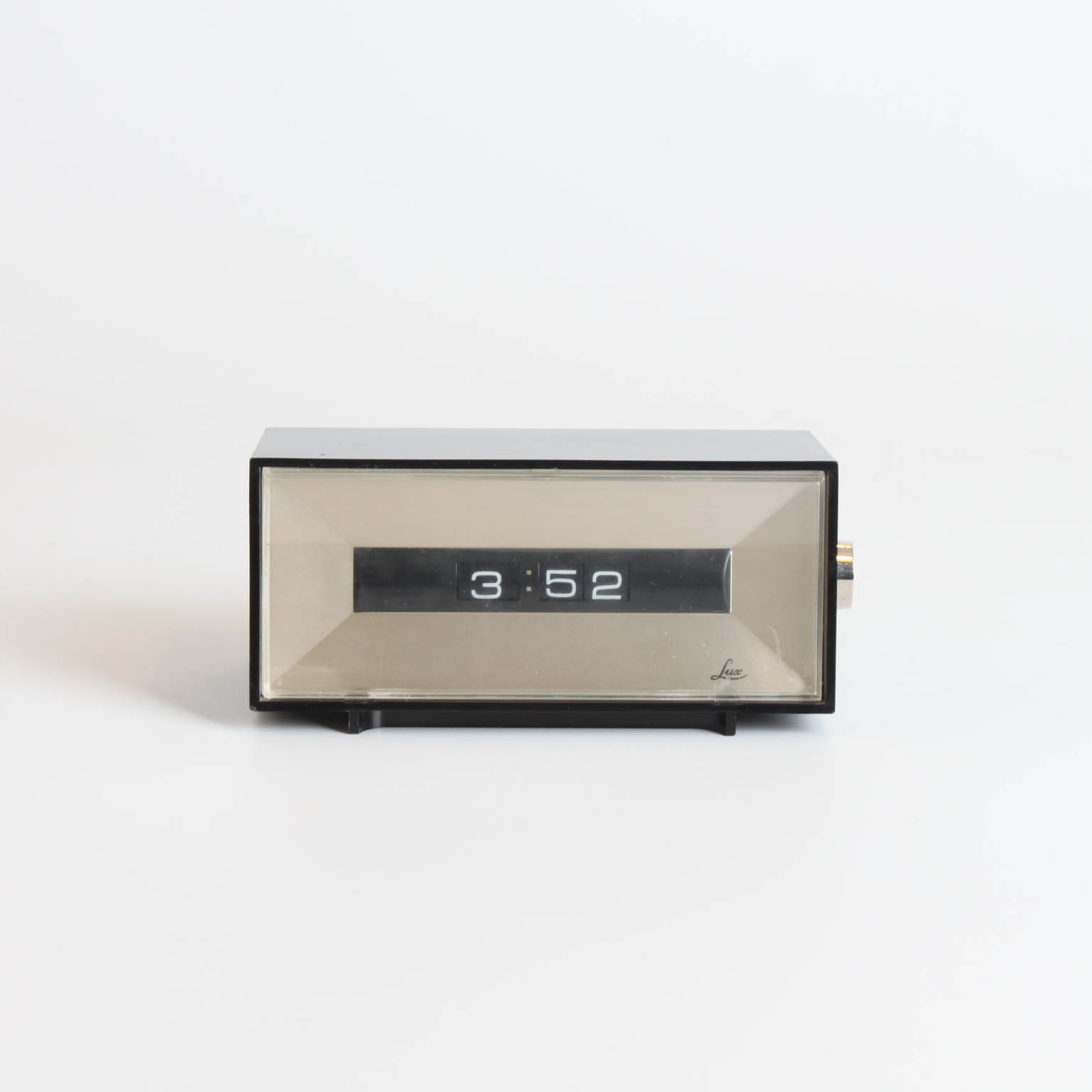 The company has its origins in the Lux Clock Manufacturing Company, founded in 1914 by Paul Lux. After being employed by the Waterbury Clock Company of Connecticut, Mr. Lux, along with his German-born wife Caroline, and sons Fred and Herman, decided to start their own clock business. The Lux Clock Manufacturing Company was based in Waterbury, Connecticut and produced only clock movements at that time. In the years that followed, the company grew and began making the entire clock unit. Lux Clock produced clocks until 1941, at which time they made war related products.

Why buy a used flip clock?

Be the first to review “LUX Digital Clock” Cancel reply