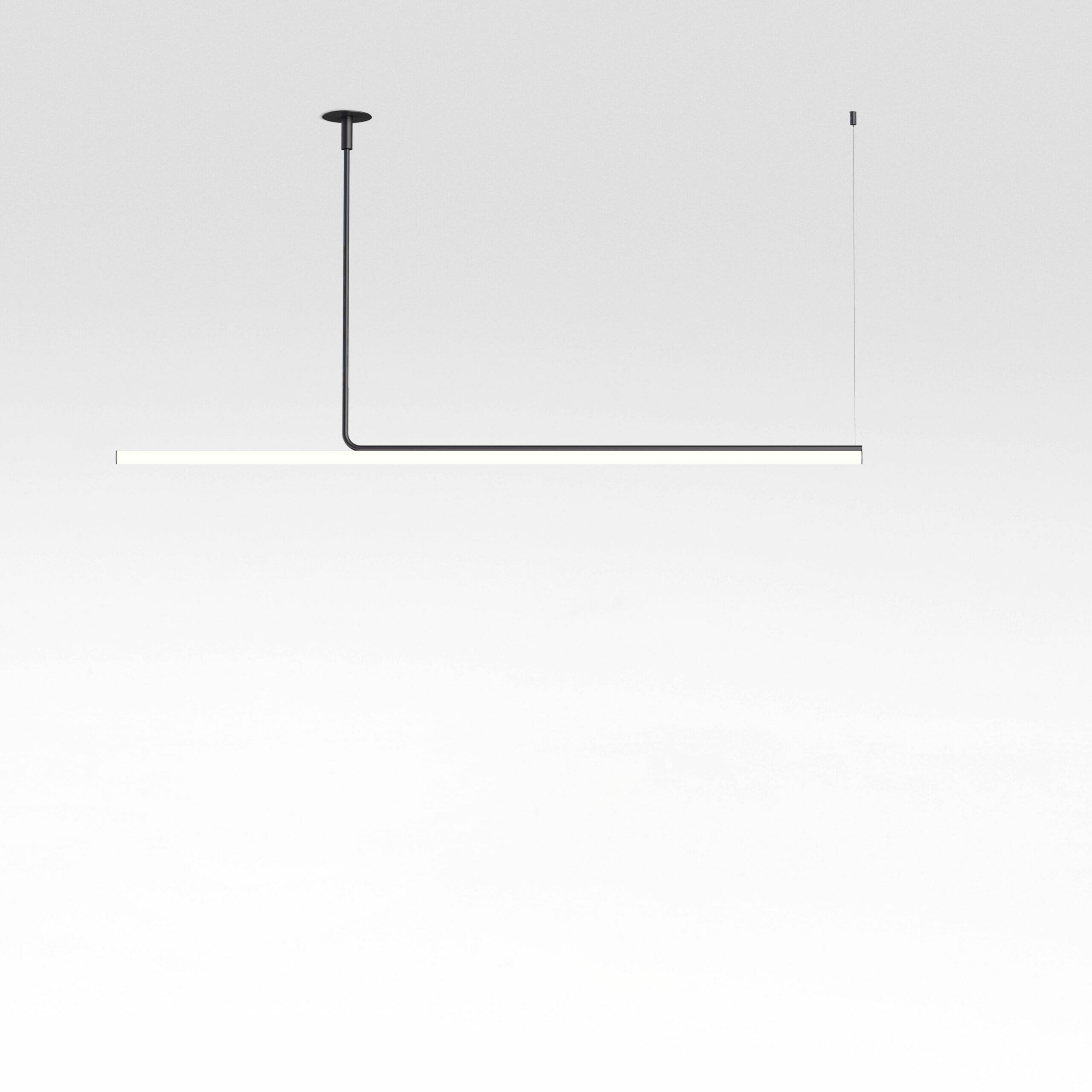 The starting point for the Ambrosia was to bring back the traditional Linestra lamp to update it and show that a technical, resolute design can also be poetic. The Linestra was initially a line of light, which transitioned into a modular system that can be extended to adapt to any space.

Its design stems from a tubular structure with gentle lines that attaches to the ceiling, allowing the light to descend and gently illuminate any type of project. It is this diffuse light that fills the space, adding beauty.

Founded in 2009 by Alberto Gobbino Ciszak and Andrea Caruso Dalmas, Ciszak Dalmas is a full-service Architecture and Design Studio based in Madrid, Spain. Partnership with architect Matteo Ferrari started in 2016.

The studio works across a range of disciplines including architecture, interior, product design and art direction, and has collaborated in the past years with different brands such as Aesop, Bershka, Camper, Loewe, Malababa, Max&Co., Muro.exe, and Zara among others. Ciszak Dalmas are also founders of La Clinica Design, a contemporary furniture and object firm.

They are currently holding design courses at different academic institutions such as Elisava, IE University, and HEAD Geneva. They have been presenting their work in an international framework, such as the Biennale di Architettura in Venice, Salone del Mobile, Experimenta Design in Lisbon and Design Ambassador in Hong Kong.

Before establishing their practice, Alberto and Andrea joined as designers Inga Sempè in Paris, Artemide in Milan, Pininfarina and BRH+ in Turin, collaborating in projects for LucePlan, Cappellini, Ligne Roset, Magis and Jacuzzi regarding product, industrial, exhibit and interior design.

The studio was awarded in 2019 with the First Prize for the Best Retail Design section by The New York Times Magazine.

Be the first to review “Ambrosia Ceiling Lamp 180” Cancel reply